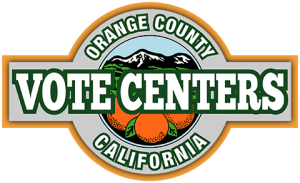 Voters have spoken and it looks like they made some changes in Rossmoor’s slate of elected officials in Tuesday’s elections. RHA does not take positions on candidates or make endorsements, but we did sponsor a meet the candidate night last month.
The Orange County Registrar of Voters has completed counting 100% of the precincts in the county, but it appears to still be counting mail in ballots. Here are some of the results so far that affect Rossmoor:
1. Michelle Steel has taken a narrow lead over Harvey Rouda in the race for Congress. If she holds the lead she will be leaving as our local Supervisor.
2. Jeff Barke won the highest vote total in the RCSD election, followed by Tony DeMarco and then Nathan Searles. The race is for three seats. Long time director Mike Maynard is trailing Searles by 254 votes, meaning he appears to be voted out.
3. Chris Forehan is leading in the race for  the newly created Trustee Area 2 of the Los Alamitos Unified School District, outpolling Puvri Trivedi and Jody Roubanis.
4. Janet Nguyen has a strong lead over Diedre Nguyen for our state assembly district, a seat that Tyler Diep held until the primary this year.
5. Countywide, Joe Biden took 54% of the vote to 44% for Donald Trump.
Previous Post: «